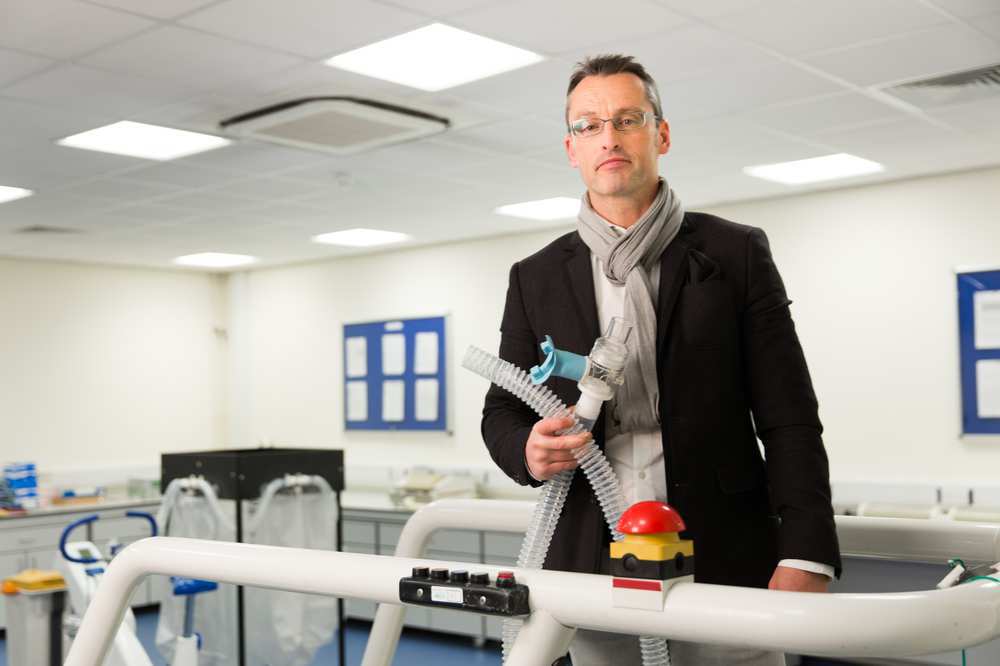 Researchers from the Neurovascular Research Laboratory are the first to find evidence that male footballers who are regularly ‘heading the ball’ are at risk of reducing vital blood flow to the brain.

Whilst there has been a lot of research into concussion whilst playing contact sports, the focus has tended to be on boxing, rugby, and American football.

In more recent years, there has been an increased focus in football, after the death of Jeff Astle in 2002. A former England and West Brom player, Jeff was Britain’s first professional footballer confirmed to have died from chronic traumatic encephalopathy (CTE), raising serious concerns for the game of football.

CTE is a progressive, degenerative brain disease found in individuals (usually athletes) with a history of head injury. In Jeff Astle's case, it was the repeated, low-level brain trauma believed to have been caused from the repeated heading of footballs.

Since then, five of the 1966 World Cup winning England team have been diagnosed with dementia, demonstrating another potential link between heading the ball and brain injury.

USW’s recently published investigation included 16 male, amateur footballers of similar age with experience of heading the ball. They all had good overall health and no history of concussion.

Using ultrasound, their brains were scanned while they were at rest and during breathing challenges which were designed to stimulate changes to blood flow. Restricted blood flow to the brain, at rest or in response to these breathing challenges, has been linked to cognitive impairment and dementia. Tests were also used to assess the brain function of the footballers, such as their memory, mental agility, and coordination.

The players were compared to a control group who were matched for important characteristics that influence blood flow to the brain such as age, sex, fitness, and education. They also had no history of concussion, but importantly, had not participated in any contact sports.

USW’s research team, led by Professor Damian Bailey, found that whilst there was no difference in blood flow to the brain between the test groups whilst at rest, when challenged, the brains of the footballers were less reactive. The players also had poorer brain function. Therefore, the neurological deficits were likely caused by regularly heading the ball.

Professor Bailey said: “We know concussions occur in football as in any contact sport. Approximately 1-5% of injures in football are related to concussion. However, the growing concern with footballers is the effect of repetitively heading the ball, which does not cause concussion, but may result in subtle changes in brain function that are not detected.

“When this action is repeated over a career spanning 15 to 20 years, these complications can add up with devastating consequences.”

Dr Chris Marley, Senior Lecturer in Sport, Health & Exercise Science, said: “There has been lots of research into contact sport and structural changes to the brain. However, our study is novel in that it's focussed on blood flow to the brain.

“What needs further research is how our findings translate to retired players, professional players, and female players. There is a real body of work here to get our teeth into.

“It is also important to note that young brains are very susceptible. Our long-term research will look to identify biomarkers to detect brain injury in young athletes, to prevent it and manage it.”