The Sports Coaching and Development research theme has a wide focus covering all aspects of sports coaching and sports development from grassroots to elite level sport. We are particularly interested in exploring those factors that impact on:

Since 2000, research led primarily by our staff has substantially impacted professional training and development programmes, as well as professional practice and organisational policy in sports coaching, physical education and school sport, and sports science. This impact has been recognised nationally and internationally through invited presentations, workshops and peer-reviewed publications.

We are currently engaged in cross-sectional and longitudinal assessments of coaches’ mental health and well-being across a range of different sports and levels. The aim of this research is to better understand the landscape of current issues as well as those factors that positively and negatively impact on an individual’s experience of well-being. The findings of this research will be used to inform coach education and development programmes and support the development of mental health, well-being and personal/professional functioning across the population.

Flipped and Blended Approaches to Learning

Our research is currently focusing on novel pedagogical strategies designed to engage a wider population of learners in degree level study whilst they continue to develop their vocational experience as coaches. Specifically, we are interested in an approach to Higher Education degree programme design called the “Flipped University”, which is supported through a process of Blended Learning. This research is being conducted in collaboration with our partner The English Football League Trust.

The Psychology of the Sports Coach

We are currently conducting a number of research projects that focus specifically on the psychology of the sports coach. Specific research is being conducted in elite football coaching, focusing on coaches’ experience of psychological stress and how this might be linked to coach well-being and functioning. In addition, we are exploring how reflective practice may be linked to the development of hardiness in a multi-sport sample of coaches. Collectively, this research will inform the training of coaches to prepare them for the demands of their roles.

In collaboration with a number of professional football clubs’ Community Trust departments, we are conducting research that aims to explore the impact of a range of initiatives that they run in their local communities. These programmes are designed to have a local influence on a range of social issues, such as: physical activity; antisocial behaviour; education; and public engagement.

The relationship of family characteristics, parental beliefs and parenting behaviours with the fundamental movement proficiency of primary school children in South East Wales

The aim of this study was to investigate the relationship between the fundamental movement skills (FMS) of primary school children and aspects of their home environment.

Four-hundred-and eighty-four primary school children were recruited to the study, consisting of 255 boys and 229 girls, aged between 9 and 11 years. Participants were assessed on eight different FMS and placed into different ability profiles according to the similarity of their FMS proficiencies.

Four-hundred and-eighty-four parent questionnaires were completed and matched to the profile membership of the participants. For boys, positive relationships were found between their FMS ability and the variables of parent–child interaction in video gaming, parental beliefs concerning the importance of social development, motor development and children’s participation in physical activity, parental awareness of their own child’s extracurricular participation in community sports clubs and physical activity preferences.

In the case of girls only, several family characteristics were also significantly related to FMS proficiency. These were the following: the involvement of members of the extended family in their before and after-school care provision; their parents’ employment status; and their mother’s physical activity participation.

In conclusion, parental beliefs and behaviours have the potential to influence children’s FMS performance and their impact needs to be considered in any interventions to improve the FMS of children of primary school age.

Improving the performance of elite athletes and coaches

Our research in performance psychology and biofeedback has been used to prepare over 100 elite athletes to deal with the pressures encountered at world-level sporting events. Research in reflective practice has informed Football Association of Wales Trust (FAWT) and UEFA coach education programmes. This researched formed part of the University's Impact Case Studies for REF 2021. 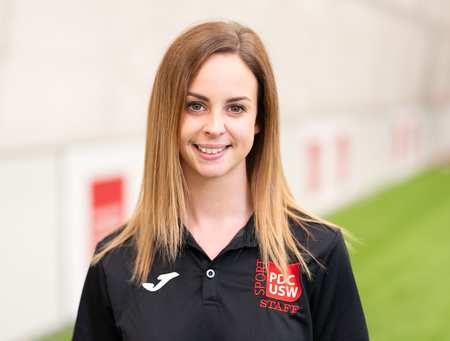